Wilhite, who most recently served as COO of Hyundai after stints at Volkswagen and Nissan, will direct all marketing, sales and product development in the newly created position at Jumpstart. He will report to Jumpstart's CEO Mitch Lowe. Wilhite also has joined the company's board of directors.

"The digital space is… Continue

Car dealers really turn Ashley Marshall off – and away. Ashley Marshall did almost all of her purchase of a new Subaru on the Subaru of Dallas transaction site. Software developed by Ai-Dealer of Dayton, Ohio, is allowing consumers to get a firm price on a vehicle, do a trade-in and… Continue

Here's a trick question: What's the biggest and one of the fastest-growing digital video advertising platforms?

It's not surprising that outdoor doesn't come top of mind… Continue

Does Having Automotive Keywords in Your URL's Give You a Search Engine Advantage?

SEO Question : Are keywords in URL and domain names important? And how does it differ across various search engines? Although this would seem to be a very basic question, I’ve been asked this many times by automotive digital marketing proessionals. For years, this question has also been frequently asked in many forums and blogs; whether keywords in URL and domain names are important and how each search engine treats such domain… Continue

Automotive Brands Lift The Hood On Their Search-Influenced Strategies

CAPTIVA ISLAND, Fla.--Intuit, Cars.com and Lincoln Educational Services are companies in different verticals, with divergent target audiences and customer acquisition models. Yet each one has used analytics and consumer insights gleaned from search to solve a unique marketing dilemma. Executives from iCrossing and SendTec, among others, shared their case studies on search "in the wild" with Search Insider Summit attendees on Tuesday.…

View the Recording of this session titled "Staying Strong in a Down Year: Strategies from the Ward's e-Dealer 100" by clicking on the image below:

I enjoyed attending this online webinar and found the information to be useful.… Continue

For ADM members who may be interested in taking a proactive approach to managing their dealership's reputation using the power of Consumer Generated Content (CGC) web sites, check out the CarFolks.com dealership program by clicking on the image below and then using the green arrows on the bottom of the page you land on to advance through their presentation:…
Continue

Example of an "I Promise" campaign video produced in Spanish:
SpanishIPromise.mov

Spanish language video used to promote the top 5 reasons Latino customers should choose to do business with Courtesy Chevrolet:
CourtesyTop5ReasonsSP.mov

This is one of a series of "SuperFeo" super… Continue

On average, small banner ads on mobile devices produce the same level of brand recall as the typical 30-second TV spot, according to Stephanie Bauer Marshall, the mobile advertising leader for Verizon Wireless, who shared some of the telecom giant's data at the Mobile Advertising Degree conference in Los Angeles on Wednesday.

Along with executives from mobile ad… Continue

Online Video Viewing Still Rising... But how much?

I was at the corner grocery store buying some early potatoes. I noticed a small boy, delicate of bone and feature, ragged but clean,hungrily apprising a basket of freshly picked green peas.

I paid for my potatoes but was also drawn to the display of fresh green peas. I am a pushover for creamed peas and new potatoes. Pondering the peas, I couldn't help overhearing the conversation between Mr. Miller (the store owner) and the ragged boy next to me.

'Hello Barry, how are you… Continue

How To Set Up Google Business Listings On Google Maps

Go to the following URL: http://www.google.com/local/add/lookup?hl=en-US&gl=US

The form presented at this URL will ask you for information regarding your dealership, like address, phone number, hours of operation, types of payment you accept and a description of your products and services.

You will then be asked to select the business categories that fit your dealership. You should type in… Continue

A dealership's website is really just the beginning of a digital marketing strategy... When Matt Cutler joined Visible Measures last October the company was just preparing to launch itself into the public arena. But one of Cutler's first moves was to put on the brakes. As vice president, marketing and analytics, for Visible Measures, a Boston-based company that provides software to track Internet video metrics, Cutler knew that the company's bare bones website and sparsely published blog… Continue 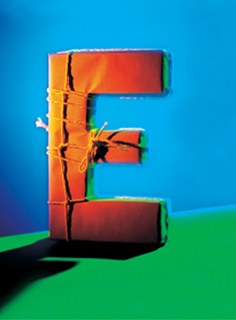