I created a video that gives a brief overview of the Google Cars program, officially called the Google Commercial Unit For Cars (CUFC). A few more details on the program are now available but dealers still have a number of questions left unanswered.

Take a minute to watch the video and see my comments at the bottom of this page.…

Another prediction that I wrote about has come true.  Change is in the air again at Google.  Paid Search just took a big step forward or backwards, depending on how you think.  It's called "Google Commercial Unit For…

I was brought into a discussion today with a dealer who is considering hiring a new digital marketing agency.  This is a common occurrence within the automotive community since I offer my advice regarding vendors, products, and services to dealership executives…

I received a call yesterday from a Dealer that was negatively impacted by the Google Penguin update.  Their organic search traffic is down about 25% and they asked me to take a look at their Analytics and Webmaster Tools.

The frustrating part is that their marketing and "SEO Company" deleted the message inside of Webmaster Tools alerting the dealer that Google had some concerns about the linking strategy used by the dealership.  So without a specific message to go on, I looked…

Dealers who are looking to take their successful franchises to the next level should consider video pre-roll marketing.  Video Pre-Roll is display advertising on STEROIDS.

If your dealership believes in Cable TV marketing, I suggest that you get the courage to take a portion of that TV budget and move it online…

Adwords Can Now Target Mobile App Users So What Are You Waiting For?

Just in case you missed the recent announcement, from the Google Adwords console, car dealers can now target Mobile Apps as part of their paid display advertising campaigns.

Google's purchase of AdMob in 2009 gave them access to AdMob's network of over 300,000 mobile apps.  The app categories that can be targeted are part of Google's Play and Apple's App… 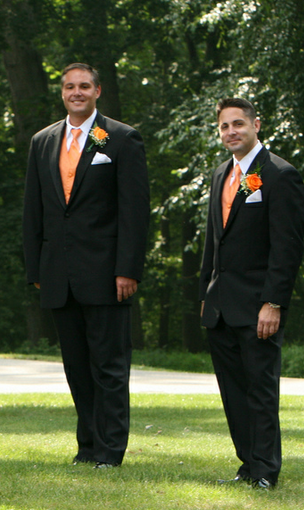 Today, a good friend and associate Karry Moore passed away after a brave fight with Cancer at the age of 40.

Karry Moore (left) and AJ LeBlanc (right) were co-founders of Car-Mercial, a company that serves the automotive industry with cutting edge video marketing and SEO solutions.

I spoke with Karry recently and his passion for…

One Solution To Plugging Leaks in Sales and Service Processes

The final keynote speaker at the 2012 Automotive Boot Camp was Patrick Kelly, President and COO of CAR-Research.  Prior to this event, I never had the pleasure to see Patrick speak. I've attended many conferences and it is an understatement that I was blown away with his passion and knowledge of the car business.

I was already familiar with the CAR-Research CRM product called "XRM", which won…

Has The Better Business Bureau (BBB) Become A Money Grab?

I want to thank Joe Pistell for sharing this video with me regarding the Better Business Bureau that I think has significant relevance to our community discussions on reputation management.


After watching this video, it really changes my perception on the BBB.  What do you have to say about this expose?

ADM members are invited to join me as I conduct the 3rd Automotive ZMOT webinar in a series that started a few weeks ago.  The previous two sessions were recorded and members can catch up with the discussion at your leisure.

To register for today's webinar, visit:  …

Anyone who has been watching the grow of Google Analytic's feature set may not surprised by today's announcement that Google Website Optimizer is being shutdown and a similar feature called "Content Experiments" will be added to Google Analytics.

How Is Your Half-Time Scorecard?

Welcome to June.  In a few weeks the half-time whistle will blow and the first half of 2012 will be over.  The half-time show will commence. For most dealers the half-time schedule will be a review of their numbers from January 1st to June 30th.

When the first half numbers are tallied, what will be the score…

Once again the automotive industry is buzzing about consumer reviews as Google Places has been morphed into  Google+ Local. A new granular rating system has been introduced inspired by Zagat with a 30 point score representing the old five-star rating.

I wrote about changes planned for …