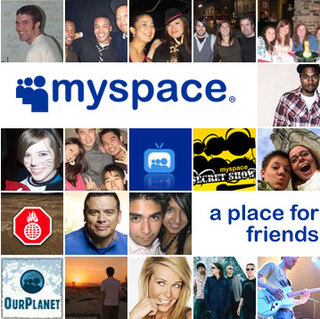 As the holiday season approaches, auto
dealers seek ways to take advantage of the holiday spirit to promote
their dealerships. One way to do this is to choose a charity to donate
money to and then use Facebook and Twitter pages to encourage people to
give. For example, Chevy dealers are running the Chevy Gives More
campaign and integrating this with Facebook. A charity promotion is a
good opportunity to help those in need as well as to build fans on a
Facebook… Continue

Let’s face it: not too many people want to like a Facebook page that’s purely “sales-y.” If all you do on your car dealership Facebook page is post lists of prices and cars, you’re missing the point of social media. People join Facebook for the chance to interact personally with
their friends and come to expect the same casual approach from the
pages they like.

There is a much better chance of gaining fans on your page if you post pictures, interesting facts and…

Google is now integrating Promoted Tweets into Google Realtime
Search. Twitter allows advertisers to pay for Promoted Tweets that will
show up above the others in search results, similar to Google AdWords.
Twitter itself only just unveiled Promoted Tweets, which the company is
running on a trial basis with a select group of marketers, but
eventually will open up to anyone who wants to advertise, including car
dealers.

Not too long ago, Google rolled…

How Your Dealership Can Start Using QR Codes to Drive Traffic

There are countless ways to integrate QR Codes into your Dealerships Automotive Marketing Campaigns. QR stands for Quick Response and they are essentially a two dimensional…

Starting this week, Potratz will produce a short weekly video highlighting the latest trends in digital automotive marketing. Think Tank Tuesday will be a fun and informative source of advice…

Geomarketing is becoming more and more viable for Car Dealers with availability of Smart Phones that come equipped with GPS. If your Car Dealership isn’t
already listed on…

The social networking and media jungle is constantly changing, and sometimes automotive dealers get lost trying to cut through the bush to
stay ahead of current trends. Although it’s beneficial to stay
knowledgeable in the shifting social media arena, using the 1,000 pound
Gorilla (Facebook) to its maximum potential will provide a dealership
with the biggest return on investment.

As we already know, Facebook is the world’s largest social networking…

It might be difficult to sell cars using Groupon, but selling the services your Dealership provides would be a piece of cake.

Normally nosy bloggers post the first spy pics of a new car model, but this time Hyundai itself has revealed a spy shot of the 2011 Elantra on its official Twitter account. This clever image leak is a great example of automotive social media marketing.

The tweet simply said, “Self-Spy-Photo: Just received this from our…


Professionals from all industries are creating profiles on LinkedIn to network with others. In turn, auto dealers need to take advantage of LinkedIn to build relationships on a more professional level than through Facebook.

Car buyers may check out your dealership and employees’ profiles before purchasing a car, and so the more content they can find, the better. You may be able to network with potential buyers yourself, and LinkedIn offers one more opportunity to…

This new feature will help to make your auto dealership Facebook page more visible. When friends of your fans search, they will see that their friends like your page. As you build fans and encourage more people to like the page, searchers will be more… Continue

Facebook already offers a wealth of opportunity for car dealerships to promote their offers with Ads. Now, Facebook is adding a new advertising feature called Deals, integrating with Facebook…

Automotive Marketing has come in many forms and through different mediums. First, there was Print and Radio. Then, these Broadcast Television knocked these out of the way, and was pushed aside by Cable… 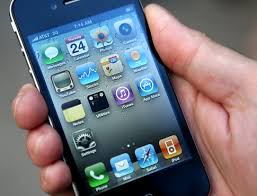 After setting up a number for people to text, you can…

So you’ve set up a Facebook page for your auto dealership. You’re adding daily content and running giveaways, but you want to keep driving people to the page. What better way than to run ads right on Facebook?…

Think about the average car shopper visiting your website. Let’s say you sell Nissans. Joe wants to buy a Nissan Altima, so he searches for “nissan altima” in Google. Your car dealership pops up at the top of the search results.…