In November, Chip Perry, former CEO of Autotrader, was named as the new CEO of TRUECar. Chip replaced the controversial Scott Painter, who was infamous for driving a wedge between franchise dealers and their company.

With Chip Perry at the helm,…

Car Dealers, I have worked with over 900+ dealerships and I have to tell you that one of…

Interesting: TrueCar said to consider IPO for next year

Have y'all seen this article in Automotive News?

The $1.5 BILLION valuation just astounds me. Would TrueCar going public bring more transparency to their business model and/or validate their "change of heart"?

"TrueCar said to consider IPO for next year"

It seems that there was a negative post about TrueCar recently, http://www.dealerknows.com/is-this-the-beginning-of-the-end-for-truecar/ Joe Webb of Dealer Knows published the post and then a lot of people in the industry started to jump on the band wagon of the negativity.…

For the second year in a row, TrueCar, the leading provider of a hassle-free car buying experience for consumers and dealers, is awarding ten dealer professionals with a scholarship to attend the AutoCon 2013 automotive education conference this fall. AutoCon 2013 will take place September 4-6 at the beautiful Aria Resort & Casino in Las Vegas.

TrueCar has reinforced their commitment to professional education for dealers with these generous scholarship awards.  The…

Have y'all checked out the lineup for this year's AutoCon 2013?!  I don't know about you but I'm excited!

Having attended Automotive Boot Camp 2012 and AutoCon 2012 I know that this will be an event you don't want to miss.

TRUECAR is being so gracious and awarding TEN...that's right TEN! Full Ride Scholarships to AutoCon---you have a few days left to submit your application but if you can...do apply.

I recently relocated to the Twin Cities in…

It looks like everyone wants to be in the automotive lead generation business. Over the last year I have been writing about Google Cars; a program (in beta testing) to present new car inventory to consumers shopping for a car directly in Google search results.  Dealers are charged by Google on a per lead basis.

Today, I learned that TRUECar has expanded…

I just wanted to say thank you so much to TrueCar for sponsoring TWELVE full-ride scholarships to attend AutoCon this past week.  As well as Ralph Paglia, Chris Saraceno, Mike Myers, Carrie Hemphill and Brian Pasch for going through applications and choosing me to be one of the recipients.

I was so excited to attend AutoCon, especially after attending First Class…

Jason Stein, Editor for Automotive News, broke the story today that TrueCar has ended their exclusive relationship with Yahoo to drive traffic and leads to the TrueCar platform.  The breakup was due to the lack of traffic and leads that Yahoo Autos was producing.

The Data War is raging.

My suggestion of Locking Down Critical Dealership Data Fields has generated interesting feedback on other thread(s). The jury is out here on why others are not jumping on board with the suggestion of starving the beast by restricting which data is accessible to a VERY limited number of intermediary data polling services. Don't mind me for trying to keep this simple... That is what I do... I look at things (mostly digital) and…

Why is Dealer Data so Valuable? (A discussion on DLP)

It's very simple.  The Dealer is the collection point of most data used in the automotive industry.  Think about it.  We collect and store personal data, price and invoice data, mileage data, inventory trend data, margin data, marketing results data, and so much more.  Our data is real time, cyclical and recurring, annually.  Our data is the best source of local trends and history.  Dealers have it all.  No wonder every other vendor in the world wants to Mine our Data.…

Thank You for Protecting Our Data, Car Research!

Car Research, a notable CRM company, today takes an EXTREMELY strong dealer-protective and data-protective stance--essentially, they're first to take a strong public stand that they do NOT share your data with anyone and only use the data as a dealer directs. No selling of data! No remarketing to your customers!  No condescension!  ON A DEALER'S SIDE RIGHT OUTTA' THE GATE FOR YEARS NOW AND STILL GOING FORWARD!  WONDERFUL!!!!  Here's their email announcement:

Challenging Charles Kim From TrueCar.com And His Oedipus Complex 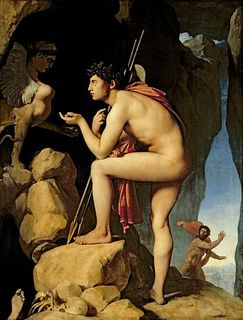 I've been watching the debate involving TrueCar.com on many automotive forums, but today I was pushed to action by comments from Charles Kim on ADM who is employed by TrueCar.com.

Here is what Charles said today on the very popular…

Check it out folks...

Virginia Speaks Out Against TrueCar Model

More fuel to the TrueCar fire as the Virginia Motor Vehicle Dealer Board sends a letter to Scott Painter, CEO of TrueCar, Inc.

A link to download the original letter is shown below, and here is what is says:…

It was Monday December 12, 2011 and I had decided to take a nap at 4:00 PM as I had just spent an average of 14 hours per day working from my home office.  I actually spent all weekend working on projects and creating more curriculums.

My nap was rather long and I slept until 8:00 PM.  I woke up and looked at my cell phone only to find a voice message from a random phone number in California.  I listened to the message and saw that it was one of Scott Painter's…

Will Truecar Draw The Ire Of State Regulators? This is not a teaser.

I have first hand knowledge that State Automotive Associations are preparing memos to their members that the TrueCar.com platform may violate a number of state advertising laws.