That all elusive holy grail of marketing, word-of-mouth, is right up there with Big Foot and the Loch Ness Monster in that we hear reports that their real, but most of us have our doubts. The biggest reason why this is, is because most businesses fail to plan for it. Like anything else, if it's worth doing its worth planning for, below I will…

This is an articles that was published in the March 2011 Edition of the Dealer Business Journal.

Being social, building relationships and just plain getting to know your customers is good business practice. Years ago when I got into the car business, as a salesman, the very first thing I learned was, "The car business is a people business, never forget that." To this day I haven't and I don't intend…

One observation from the NADA Convention was the number of website vendors that were integrating social media monitoring and reputation management tracking tools into their client dashboard. Two such companies I had a demo with were @utoRevenue and Dealer.com.

I am amazed at the lack of creativity out there. I wonder if automotive professionals do not think of ideas or maybe they are being lazy. I mean we all know how that goes without saying in the business. The idea here is to figure out more effective methods of reaching prospects, internet, phone, and… Continue

Mr. Dealer; What is Your Social Media Strategy? 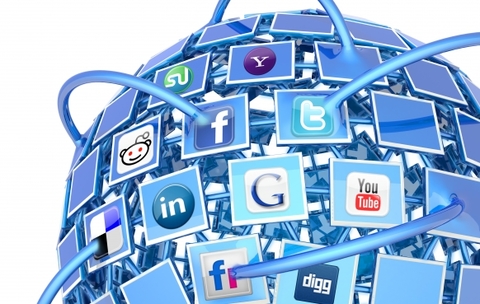 Is Social Media for Every Auto Dealer?

Is social marketing for everybody? Should every dealership jump on the social media bandwagon? I'm sure most social media consultants would say yes, without even thinking about it, but I would have to disagree with them and say no. Yes, you heard me correctly, I said no.

Pizza Wars: Why Auto Dealers need to be involved in Social Media

Have you seen the commercials? Domino’s pizza is running a social media campaign saying they realize they’ve made a few mistakes in the past but are willing to listen to the public and take their
constructive criticism. Then, they talk about how they made changes and
then deliver the reinvented pizzas to the people who critiqued them.
These people then give testimonials on how much better the pizzas are.
Genius!

Social media is all about being visible in your…

The Three Musketeers of Automotive SEO

I'm back in my room as I wrap up my first day of the Driving Sales Executive Summit. Today I shared a panel with JD Rucker and Paul Rushing as we discussed some basics about the role of SEO and Social Media in car dealer Internet Marketing plans.