“Our Open/Mate platform makes it…

Do You Use a CRM? Answer Three Questions in Three Minutes and You May Win $200!

Auto/Mate Dealership Systems is conducting a survey about CRM and desking solutions. We want to know what the most important features are and what matters most to users when considering purchasing a new solution. We would greatly appreciate your time and help with this survey, which is only three questions and should take approximately three to five minutes of your time! In two weeks, we will choose one random entry from our survey respondents and award that winner a $200 Visa gift…

Auto/Mate Presents: How to Increase Service Growth Through Auto Dispatching

ALBANY, N.Y. – October 1st, 2012 – Auto/Mate Dealership Systems (http://www.automate.com) announced today that Mike Esposito will be presenting a workshop at the 13th Digital Dealer Conference & Exposition in Las Vegas on Wednesday, October 24th at 3:30 p.m. How to Increase Service Growth Through Auto Dispatching is aimed at dealers, general managers, fixed ops and service managers who are looking for… 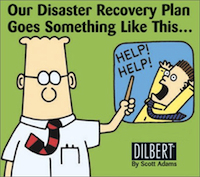 About a month ago I was woken up one night at 1 am with a phone call that nobody wants to get. I was told the sprinkler system in our office building had activated and a minor ‘flood’ was in progress. I asked if there was a fire, but the answer was no. No fire. For some reason the sprinkler system just decided to short-circuit and go…

How to Attract & Retain the Best Employees

To be a successful dealer these days, there’s no getting around the fact that you have to create an excellent shopping experience for the customer. Online user reviews and increased pricing transparency mean that customers can be choosy when they are deciding from which dealership to purchase their new vehicle.

There are many ways to create a welcoming environment in your dealership, but all the best practices in the world won’t do a lick of good if your front-line employees…

Are Parts and Service Employees the Hatfields & McCoys of Your Dealership?

In this series of blogs, I am addressing common processes within a dealership that have a significant impact on the bottom line. My last blog addressed how to speed up car deliveries, and in this one, I’d like to examine the sometimes contentious relationships between service and parts, and how to possibly fix it.

I’ve written before how the service department is the parts departments best customer; but I still hear anecdotes…

Technology is a Queer Thing. It Brings Greats Gifts with One Hand and Stabs You In the Back with the Other.

The title of this blog is a famous quote by C.P. Snow. It reminds me of a seminar I attended at Digital Dealer, in which I laughed at a scene that was shown from the TV show “Men of a Certain Age.” A 20-something kid comes in to a dealership with his smartphone and mobile app, knows the vehicle he wants, knows exactly what he wants to pay for it and knows what the competitor down the street is selling it for.

With information from his smartphone, the 20-something thwarts… 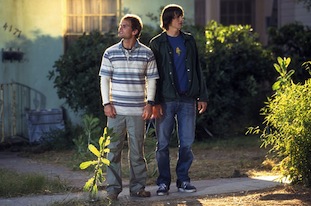 n the 2000 movie “Dude, Where’s My Car?” it was pretty amusing to watch Ashton Kutcher stumble around looking for his lost car. But if you’re a dealer and that’s your salesperson stumbling around on a lot while a customer is impatiently waiting, the inability to find a car is not so funny.

In this series of blogs I am addressing…

Dealers, You Do Not Have Control of Your Data!

Exhibiting at the NADA 2012 Convention and Expo in Las Vegas was very interesting. One of the hottest topics was the “third party data access” controversy that has been unfolding over the last few months. From a DMS provider’s point of view, there are certainly ways that we can help dealers maintain control of their data, such as offering a free data protection service. But as I see the state of things right now, I’d be willing…

In a recent survey that Auto/Mate conducted, we asked 160 auto dealer general managers and senior managers about the perceived value they were getting from their dealership management system (DMS) vendors.

The exact question was, “On a scale of 1-5, rate the overall value of your DMS (does the amount you pay seem the right amount for overall functionality, customer service and training?)”

The disparity in the answers was surprising. A couple of vendors had fewer than 10% of…

CLIFTON PARK, N.Y. – October 31, 2011 – Auto/Mate Dealership Systems (http://www.automate.com) announced today that long-time customer Bleecker Automotive Group estimates it has reduced its technology costs up to $200,000 annually. The cost reductions are a result of having switched from a legacy dealership management system (DMS) provider to Auto/Mate’s DMS; along with paring unnecessary third-party vendors and using the modules within…

Why Used Car Departments Should Pay “Door Rate” for Service

It’s a generally accepted practice in the auto retail business: the service department offers the used car department discounted rates. Doing so keeps the recon cost of the vehicle low, which makes the resulting margin and gross higher.

But does it really? I would argue that dealerships as a whole would reap more profit if the service department charges the used car department “door rate.” How so?

First of all, the used car department is a high volume customer. Think of all the…

“We are getting more requests from our dealer…

But when it comes to business, and dealerships in particular, the market for mobile apps is a little more uncertain. Not all business applications lend themselves well to mobile apps use. For instance, in our business we use a contact management software.…