Influencer Miro Kazakoff of Compete.com says: post-click-marketing is the key

“The fastest, cheapest way to boost return on your online advertising… Continue 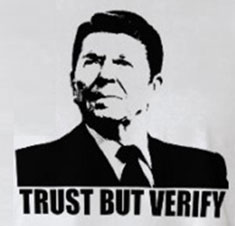 There has been a lot of buzz on social media these days. I have made my position pretty clear, social media is a support mechanism to your dealerships message not the primary carrier of the message itself. To that end I have studied a lot with a guy by the name of Chris Brogan. I met Chris in NY a few months back read his book Trust Agents liked what it had to say so I struck up a conversation… Continue

I just read this post by Chris Brogan “Communication Tools and Levels of Interruption” and I have to say it is a very interesting read. What I find even more interesting is the comments from the people who read the post. Clearly these people were looking at this from the stand point of communication of a co-worker or friend and the interruption impact these had on their daily… Continue

Auto Dealers and Aviation Enthusiasts; Coming to Oshkosh, WI for EAA www.eaa.org? Be sure to look us up - We’d be happy to show you around our town during your stay! DealerFire (877) 828-9719

Vendor When You Need Us Most

Here We Grow Again - Extended Support Hours! ||Saturdays from 9AM-5PM CST|| Expert Support Reps & Programmers (Not just Operators) ready to assist you when you need us most. Another great reason to take a closer look at DealerFire (877) 828-9719

“Guaranteed to drive thousands of visitors to your site a month!”

I see advertisements like this every day. And I hate to be a killjoy, but this sort of program is NOT going to help you bring in qualified leads for your team. If you want sheer volume of site visitors, great. If you want traffic that will convert to customers, then this isn’t for you.

Vendor The calm after the storm before the storm.

Google’s Lift on the Ban of Trademark Terms - How it will affect you.

Google announced in mid-May they were lifting their ban on trademarked terms in ad copy. This is something with serious implications. But, are these implications good or bad? That’s the bigger issue.

While the ban is slated to have been lifted (as of 6/15), I’m not sold that it's going to last for long - if Google has, in fact actually lifted it as planned. Large companies like Apple or Lexus are likely to file a lawsuit to block others from using their brand name for profit. These… Continue

Dealer Video and Your Web Site....

There is a new partnership in town…..adding video to your web site. It’s not all that new, but the point is that the amount of activity involving video has risen dramatically over the past 12 months. Almost 1/3 of all content on the Internet is video. YouTube was 5th in the number of unique visitors….over 83 million. (Feb. 2009)

Do you need video? Aside from the aforementioned statistic, video will help to entertain and educate your client. Dealerships spend incredible amounts of… Continue

Week At IM@CS: Chats With The Industry

What drives the traffic in? We haven't addressed that much so let's look at a few smaller providers in the realm that IM@CS believes provides the service, backs it and provides additional value:

GetAutoAppraise: Barry Brodsky and the crew at GAA have been doing appraisals for quite a while and know what is most important: the lead, not the value of the car. While the other companies focus on their own traffic around appraisals,… Continue

When you don't make one, someone makes one for you. If you make one too early, you may regret it. It's the lifeline, the conduit, the facilitator and the support system making making things work: decisions. We are making decisions constantly in business. But are our decisions the right ones?

While this is not meant to second guess (or cause you to, slowing your business), this idea was put here to make you understand that decisions are based on options. Too often we hear expressions… Continue

When I worked at Courtesy Chevrolet and was responsible for the proper care and feeding of over 5,000 leads a month it became obvious that a good portion of the leads we received each month were not from people ready to buy a vehicle, but rather from people who were trying to get information about whether or not they… Continue

It is true these days with all the different car dealers using SEM as a way to advertise and drive more clicks to there websites is costing more and more every month. You have to be smart about the way you use your monthly budget for SEM.
Micro Sites and SEM combined, is What I find to work best at Courtesy Chevrolet in San Diego Ca. First of all having Micro Sites, and More Micro Sites is going… Continue