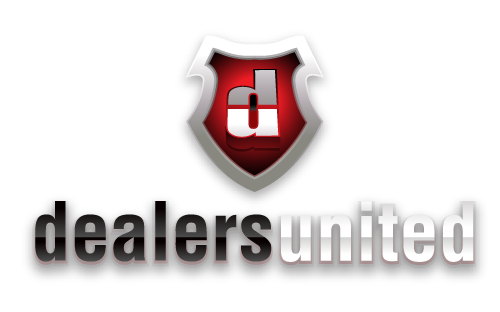 Dealers United, the service I co-founded with Jesse Biter, is currently registering vendors to participate in future members’ only deals.

While vendor registration is not required, it is the only way to ensure your company is invited to take part in deals for products…

Is Google a Greedy Corporation?

Is Google’s Advertising Destroying the Sanctity of Search Results?

I recently read an interesting blog by David Jackson, who has long stated that Google's constant algorythm changes were "deliver the most relevant and useful search results possible."  He's no…

Influencer Is What Your Dealership Stocks a Marketing Decision? This was a question asked on Dealerrefresh by Ed Brooks of vAuto. I find this a very interesting question for a lot of reasons and my answer is YES where you have control over it.

Obviously in a new car franchise you have less control as your inventory is dictated a great deal by the OEM but even they somewhat dictate your allocation by marketing. In our Toyota…

Some people have heard me say this in the past

From the Trenches- When Less is Better

1. You have high volume and high bounce rate on your website.
2. You’re attracting the wrong people for the wrong reasons.
3. You’re getting time-wasting leads that don’t and won’t convert to sales.
4. You’re not prepared to deal with a high volume of leads.
5. Facebook fans like a game on your…

All too often what we think are strategies are mere tactics and are driven by technology vendors want to sell us. I put together this 2.5 day class for our clients and perspective clients on Strategies to help them better define their own strategy online & off.

There's at least one angry car dealer that is fed up with OEM-mandated website companies. Approved website vendors help maintain the manufacturer's brand integrity and uniformity, but where does that leave you?

While the officially-mandated approach can be quite… For some time now I have been thinking and battling it out with several blog opponents on conversion and why it is so important. It really comes down to breaking through the Digital Divide between you and the customer.

Instead of waiting until you type your entire search, Google will predict what you're typing and change the search results in real time as you type. Google claims it will decrease the amount of time it takes a user to find the content they're looking for by as much… Continue

As the digital evolution continues to unfold, digital marketing to Spanish (non-English dominat) language consumers has not. Everywhere I go I hear how Dealers would like to go after this large growing segment, the user experience for Spanish Language consumers is virtually non existent. I find it very difficult to swallow when I click on a site with an Espanol button but it takes me to a landing page with a description of a salesperson who speaks Spanish and it says please contact XYZ… Continue

Poll on "Which digital Marketing platform will be Marketers #1 friend in 2011?" w/ foreword from VJ

We, the automotive industry professionals have learned by now that Social Media – The New Media – is becoming more and more a Toddler and is no longer an infant. When in early 2007 a few automotive dealerships started out to put their dealerships on MySpace… 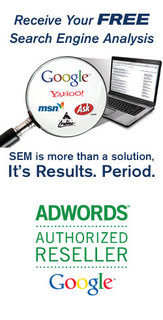 With more than 70% of people using search engines to find websites, our goal is to direct this audience to your dealership's website. The.BZ Results Search Engine Marketing team is dedicated to leveraging both Pay Per Click (PPC) Search… I just read a great article on PR and Social Media “Social media mitigates public relations crises”. I have though a lot about what dealership or dealership group will be the first to have an online firestorm erupt around them. There have been small brush fires here and there. I was involved in one with a client of AIMData 3 years ago before social media got big in this industry. It was quickly put out… Continue