Your delivery coordinator is the resource who will help yourcustomers through the delivery process. This person will work hand in hand with customers to make sure they leave completely satisfied.  In…

What an Apple Store Can Teach Dealerships about Selling Accessories

Apple stores are one of the most successful retail stores in the world. In 2009, when retail sales declined around 2%, Apple’s retail sales rose roughly 7%. According to The Mac Observer, one of their largest growing product segments is accessories...iPad owners tend to average spending $150+ on accessories. Yahoo Finance reports Apple’s in-store retail accessories sales increased 85% from 2011 to 2012. And, technology experts believe that if others want to compete they will have to partner…

Influencer Create your own video walk arounds in 20 minutes or less!!!

With the growing importance of Youtube and video not to mention SEO I wanted to share with you all how easy it is to make a video walk around. I know this sounds difficult but it really isn't. Once you have the equipment and the software set up making your video walk arounds will go fast and easy. You will need to start out with a few basics.

1) a quite place to shoot video, preferably in a studio or a back lot.

How to Get the Most From Your Dealership YouTube Channel While some dealerships are successful with their email marketing campaigns, it is a task that can easily fall to the back burner or be neglected.  When done correctly, email marketing is an effective way to stay in touch with existing customers, and build a relationship with potential car buyers.

If your dealership has let your email marketing efforts go in…

Insignia has many years of experience in the automotive industry. And, we’ve discovered a few strategies and techniques very successful dealerships use to create…

How to Hurt Your Google Places Listings

I've written multiple pieces on how to properly set up and maintain your Google Places listing and account, but haven't touched on the mistakes you could be making, hurting your car dealership online marketingstrategy.

Here are the places where you could really screw up your listing if you aren't careful:

With the passing of legendary World Heavy Weight Champion boxer Joe Frazier, it leaves me thinking about what it really means to be a champion.  Smokin Joe Frazier, Big George, and The Greatest dominated a major American sport. But, that’s not all they did.  They were cultural icons and powerful businessmen. When establishing your accessories program in your dealership, you are going to need a champion…

The amount of "best practices" and "tips" involved with social media marketing can be overwhelming to say the least (and yes, I'm guilty of sharing my own).  In the spirit of KISS (Keep it Simple, Stupid), here is a short list of Must-Do's for dealerships using social media as a part of their online marketing efforts: 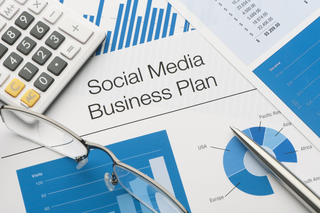 Have a Plan: Before starting…

It is so frustrating when trying to send a legitimate, valuable email to a customer (future or current), and have it be blocked by a spam filter.  While there are some auto dealers that do send emails that might be properly classified as spam, most dealers who have spam issues are sending real emails to real customers.  Their email campaigns are being inappropriately blocked by various spam filters.

Influencer Automate Your Inventory Posting to Craigslist with Infinite Prospects

Some of DealerOn's car dealer website customers are incorporating QR codes on their sites, though it remains a technology that’s still maturing.  While others in the industry have debated the benefits of using QR codes as a part of your dealership’s marketing strategy, I wanted to share some tips for running a QR Code campaign if your dealership is going to test this technology.

Before you start any marketing…