Are you in the business of buying and selling cars, or are you…

“A working draft of a House Ways and Means Committee tax reform bill would limit advertisers to deducting 50% of ad expenses per year while amortizing the rest over 10 years.”    Adweek.

Our nation arguably has the best communication system in the world. Best of all, much of it is free. These days, you can read the news (and see the video)… After shelling out $580 million for MySpace…

I Was Wrong! But Don't Tell My Wife I Admitted It!

I predicted that Chapter 11 bankruptcy for Chrysler and GM would cause chaos and linger for years. Well, I was right about the chaos part. Little did I know what can happen when the government is the driving force behind a Section 363 sale in a Chapter 11, and how much influence the provider of Debtor in Possession financing has - especially when they also happen to be the government.

I do, however, remain dead set against the arbitrary termination of Dealers. Let’s hope there is a… Continue

You heard correctly, www.EveryCarListed.com has changed its site. Now, you may be wondering what was changed and if it’s going to benefit you, the consumer? The answer is yes!

The www.EveryCarListed.com team is always looking for new things to bring to the table and this week, we incorporated a new feature. To make finding the right new, used or certified vehicle easier, we have added consumer reviews for… Continue 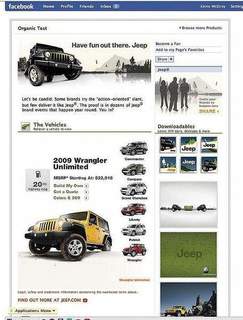