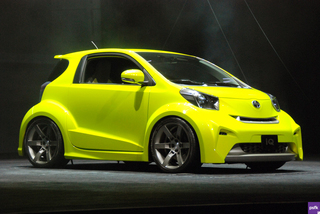 Wellington Pereira, Acton Toyota of Littleton's Scion Manager returned from the New York Auto Show this weekend with reports on the new Scion tC and the upcoming 2011 Scion iQ.

Making its debut in New York is the 2011 Scion iQ, which is the world’s smallest four-seater.

Wellington points out the iQ’s hip nature and young target audience, noting, “we were told that the iQ represents a ‘new dimension,’ and is a vehicle for a ‘progressive buyer.’"