10. It will, eventually, greatly reduce payroll.

9. That damnably expensive, OEM-required facility upgrade will no longer be a worry.

8. Your Internet Manager can finally get some sleep.

7. You'll be able at last to watch Oprah's cable channel.

6. Phone training expense and time will be eliminated.

5. Your work with search engines will simplify down to selling your stock in them in order to eat.

4. Your current lot will look GREAT as a weekend flea…

Are Your Billboards Dominant On The Internet Highway?

If you have been around long enough, you'll remember that when the Internet first came to national attention, it was often called the Internet Highway.  Business owners were told that they needed to get their business on this promising new road.

The New Steps to the Sale 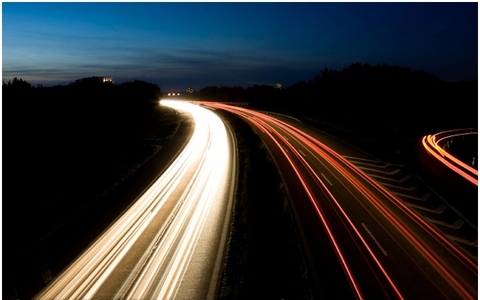 I'm sure there are plenty of people out there that are going to disagree with me on what I'm about to disclose – and that's okay; as long as they have put them both to the test like I have.  I have been in the auto industry for just…

At times I feel like a newspaper reporter on the Google "beat" just trying to stay up with the latest changes in Google search, Google Places, Google paid search, and their social strategy.

ZMOT is the Stupidest, Most Brilliant Idea Ever!

My friend Larry Bruce posted “Why ZMOT is BS” onto a number of sites. Of course this immediately drew the ire of the ZMOT advocates. I contend both sides are right, and also wrong.

ZMOT is a concept that Google came up with a few years ago. Their VP of US Sales, Jim Lecinski, recently wrote an eBook titled…

There is a distinct taste of irony to this post. I made my feelings known about cross-posting on all of the social networks earlier this month. Now I must break my own personal rule.

This time, I have good reason.

We're trying to compile a…

It's been nearly 3 weeks since the launch of Google+ Business Pages and the response has been stronger than I expected. Unlike Facebook and other social networks that saw dealers sprinkling in over long periods of time, Google+ is getting adopted quickly and dealers are embracing it nicely.

There are ways of doing it wrong and one way to do it right. Attaching it to your Google Places page is what we consider the "right" way of doing it because the ability to network directly through…

By the way what is SEO again?

This blog post was inspired by Tony Rhoades today, when he commented on a blog post about ZMOT saying "By the way what is SEO again?".

Influencer Why ZMOT is BS

One of my most favorite sayings in the world goes like this:

“A sale, like a war, is won by many battles and lost by one”

This is true across every industry and business and why there is no single ZMOT (Zero Moment Of Truth). There are multiple events that take a customer…

Why Google Plus Must Not Be Ignored By Car Dealers

Another social network. Gareth Case knows what you’re thinking. Google+ adoption hasn’t been quite what many were expecting and why should you dedicate your time to another social network? Gareth Case already spends a considerable amount of time writing his Social Media Today blog and managing his activity through LinkedIn, Twitter and other social channels but Google+ for Gareth does a unique job in that it is…

All Automotive Marketers Are Publishers; Learn How To Do It Well! If you sell cars, then you need to either become a great story teller, or figure out how to survive by selling at the cheapest price!

If you are going to be a Publisher (story teller), then you should learn how to do it well.

Not very long ago a lot of people were still asking, “Twitter? What’s that?” Now almost everyone has heard of Twitter, but how to use Twitter remains a mystery to many. How do you use Twitter? And what are all those funny @ and # signs all over the place? Read on to find out so you can tweet like a pro for your dealership and join the social media…

The 5 WORST Questions to Ask a Phone Up

Are You Asking The Wrong Questions When Customers Call Your Dealership?

In previous blogs I've written for DealerKnows about phone handling, I discuss how…

Are You Thinking Big This Holiday Season?

It comes as no surprise anymore to hear that digital is key. Smartphones, tablets, social media, email—these are all cornerstones of sales and marketing for successful industries, including automotive.

The numbers say it all, as provided by…

Getting the Most Out of Your Holiday E-mail Marketing

The holiday season is here – a time for free shipping and 20% off everything!

At least that’s what a bulk of the major retailers out there tend to focus on this time of year. For many of us – regardless of the holiday(s) we each celebrate – the focus of this holiday season is on family and friends, on creating memories and sharing traditions, on expressing gratitude and love. It is a season of goodwill and giving.

As a business, are you focusing on the steep rise in sales you…

With the passing of legendary World Heavy Weight Champion boxer Joe Frazier, it leaves me thinking about what it really means to be a champion.  Smokin Joe Frazier, Big George, and The Greatest dominated a major American sport. But, that’s not all they did.  They were cultural icons and powerful businessmen. When establishing your accessories program in your dealership, you are going to need a champion…