Does your boss, or your employees, not get social networking? Have you been trying to communicate the value of connecting with your peers at other dealerships? If so, you may find a new headlightblog.com article by fellow Automotive Digital Marketing member Robert Stribley of interest.

Robert builds a compelling cause of the value to… Continue

AdagencyOnline.Net has announced that they will be conducting a review of R. L. Polk & Co. on their blog talk radio station, “WAAOL, All Automotive Advertising News All The Time” on Friday, October 31st, 2008 between 12:00 Noon EST and 12:30 PM EST. The invited representative from R. L. Polk & Co. is Michael R. Spadafore, Global Director, Consumer and Commercial Marketing for R.… Continue

Ford of Kirkland is DealerRater.com Certified

Do you brand your Internet sales department so that every customer feels compelled to ask for you when they arrive at your dealer?


There's nothing more frustrating then looking across the showroom floor only to see YOUR customer sitting at another sales persons desk signing the paperwork for their new vehicle. This is the same customer you had been corresponding via email and phone over the last several days. Why are they buying from that guy? Why didn’t they ask for you? This… Continue

I think we can all agree that quality never comes in an “instant” formula. Instant coffee is never as good as a “barista” would brew and your dealership’s website is in need of custom “brewing” as well.

Everyday we engage dealerships that have relied on their website vendor for that “no hassle” web solution. It only takes seconds to inspect their website to see that cars have poor pictures, missing pictures, no options listed, and poor or no descriptions.

Think of it this… Continue

Politics, Palin and the Power of the Purse - Yvonne Divita on How to Communicate with Consumers Who Control $5 Trillion

Politics, Palin & the Power of the Purse: Women's Marketing Expert Dishes on Economic Crises, Twitter and How to Communicate with Consumers Who Control $5 Trillion

Reprinted from the… Continue

Im looking for Templates for a number of reasons, Follow ups, Previous Customers, Does anyone know of any websites or programs geared towards the automotive industry that fits into this catagory? Email and or regular Mail
Templates would work fine.

In my previous two posts, “Learn online business strategies not just automotive online strategies” and "Now it’s time to get serious about that internet thing. Are you serious?!," I implied that automotive dealerships need to…

This site for the people in the Auto Industry and Consumers to make all of our lives easier when searching information on cars.

AdagencyOnline.Net will be conducting a review of an email based automotive advertising application seeking “preferred vendor” status on their free automotive advertising resource / networking portal. The approval process starts with a preliminary interview on the site’s blog talk radio station, “WAAOL, All Automotive Advertising News All The Time.” Ken Schwartz, the CEO of CityTwist, was invited to speak with… Continue

In the sea of boring static banners, stale color schemes, and poorly written marketing messages, it is becoming more clear that dealers who are prepared to showcase their stores with video are standing out in the crowd. Most dealers would agree, if you’re a halfway decent operation you already have compelling TV spots you’ve used to brand your store locally for years. Why not utilize those same assets coupled with the power of the internet to help drive more qualified internet… Continue

Chrysler LLC is overhauling its approach to online marketing and will begin rolling out its new strategy to its dealers in the next couple of weeks. Dealers will pay 40% - 60% less than the market price for leads and websites under the new program. The strategy also will integrate all of Chrysler's and its dealers' online marketing efforts. -… Continue 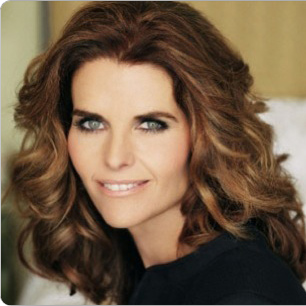 Philip Zelinger, the President of Ad Agency Online, L.L.C. and host of the free automotive advertising resource portal – www.adagencyonline.net – has scheduled a review of Dealer.Com on the site’s blog talk radio station, “WAAOL, All Automotive Advertising News All The Time.” Mike DeCecco, the Director of Industry Relations for Dealer.Com, will be… Continue

In my previous two posts, “Learn online business strategies not just automotive online strategies” and "Now it’s time to get serious about that internet thing. Are you serious?!," I implied that automotive dealerships need to… Continue

Sales is a tough racket

I was working in the Aircraft industry for years. The industry pays well as aircraft parts produce large profits. Then came 9/11/2001 the industry as a whole took a major hit. I made it until 2003 before my number came up.I was laid off. I could not make the money I did outside of the aircraft industry with the skills I had.
My wife and kids were out of town when I was laid off. I decided I wanted to get into sales because I thought If I hustled I could make the type of money I needed to… Continue

A friend sent this to me this morning, we try to encourage each other daily. I think it is appropriate for this industry and for those that are striving to be leaders in their companies, dealership or department...Strive for greatness!...Enjoy!

From Inc.com, StartUp Blog
October 21, 2008
How Great Leaders Thrive in Tough Times
Posted by DAVID MAMMANO at 11:32 AM

Chester Arthur, who served as President of the United States from 1881 to 1885, will never… Continue