Yesterday, a colleague sent me a blog post that made me laugh right out loud because of the absurdity of what was being proposed and recommended. Unfortunately, I know the writer who is fresh out of college with lots of potential, but was given the privilege to write for her company’s blog with obviously no editing or guidelines. Her inexperience of workplace standards, legality and employee rights…

Nearly Three-Quarters of Automotive Marketers Have a Social Media Strategy

Philip Zelinger, the President of Ad Agency Online, L.L.C. and the host of an automotive advertising resource / networking portal -- AdAgencyOnline.Net, will be speaking to an audience of Chrysler, Dodge and Jeep dealers at the 6th Annual Chrysler Southeast & Southwest Business Center Service & Parts Business Conference. The conference is being held at the Disney Resorts Contemporary… 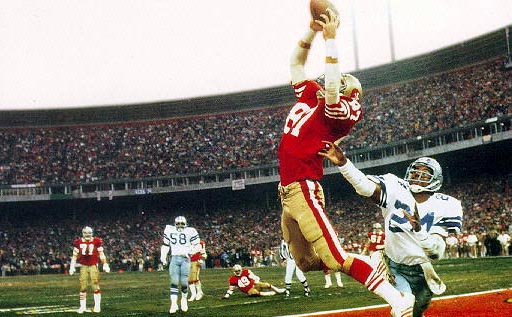 Over the past month we have seen an incredible increase in dealer enrollment on MyDealerReport.com. It probably has something to do with our site now being “free” for dealers to setup and manage their accounts. Most dealers are…

Over the past few years, the Blue Dog team has read through dozens of studies and reports revealing the latest trends and market tendencies in the advertising industry.

Today we launched our Resources and Downloads page, which we plan to build-out going forward in an effort to give our readers as much pertinent and relevant information on where local…

HOW TO: Respond when Social Media Attacks Your Brand

For all the praise that brand advertisers have for social media, they must be aware that it’s very much a double-edged sword. And for all the free marketing, advertising and brand promotion via Facebook, Twitter, Foursquare, and other platforms used to…
Continue

Automotive advertising agencies frustrated by reduced sales volume and profit margins have been forced to focus on fixed operations vs. vehicle sales to earn their fees. Philip Zelinger, the President of Ad Agency Online, L.L.C. and the host AdAgencyOnline.Net, has advised his national network of independent automotive advertising agencies to help their auto dealer clients improve their…

First Round “Draft Pick”: Glynn Rodean, Founder of New Vision Sales Inc., will be presenting at the 9th Digital Dealer Conference and Exposition in Las Vegas.

AUTO DEALER CAN NOW MANAGE THEIR ONLINE REPUTATION FOR FREE

www.MyDealerReport.com, the premier online auto dealer rating and review website, has today granted full free access to automotive dealer seeking to manage their online reputation. The website has an abundance of free features, which includes an automatic monitoring, alert…

DealerFire Websites Stand Out From The Crowd

I had the opportunity to review the latest enhancements to the DealerFire website platform this week with the presentation coming from company
founder Eric Hoopman.

Last year DealerFire was one of the nine award winning companies in the 2009 ASMA Study. (…

Here`s an EBlast ala Ken Beam that went out to approx. 14,000 clients last night. *How are you creating your EBlasts in order to engage & attract Clients? *Share some ideas on this thread!

*Please share this Digital Ad with your co-workers, friends & family members too. Thank you.…

Philip Zelinger, the President of Ad Agency Online, L.L.C. and host of the automotive advertising resource / networking portal AdAgencyOnline.Net, announced today that he will be reviewing eCarList and their new mobile appraisal and inventory management application TrueTarget Mobile for consideration by his affiliated automotive advertising agencies. Philip will be interviewing Len Critcher, the…

Traditionally, automotive marketing for manufacturers and dealerships has relied upon television, radio and newspapers as a way to grab the attention of customers as they undertake their journey towards a car buying decision. However, there’s been a transfusion that’s injected energy and added some much needed horsepower to an already robust marketing plan of attack.
Today’s economic times dictate it’s now vital to explore new, practical ways to reach consumers…
Continue In Miami, where superstar athletes are becoming commonplace in the glitzy city, the Dolphins' Brandon Marshall will be broadcast not only on Sundays catching passes,…

Should You Outsource Social Media?

This might be the dirty little secret that no one wants to admit. That if they had their druthers, they would outsource their social media activities. Why? Because what they won’t admit is that social media is a big time suck and furthermore, they might not even admit that they are tired of “engaging” every day. Why? because they didn’t know it was going to be like this.

There is the pretty side of social… Continue