END OF AN ERA

I don't know what to make of the news!

91% of my business is new car leases.

DETROIT -
Chrysler LLC said Friday its financial arm will get out of the auto leasing business by the end of the month because economic conditions have made leasing more expensive than buying, for both consumers and the company.
The move comes as Chrysler Financial is in the process of renewing a $30 billion credit line with banks amid a startling… Continue

Have you tried buying a car online lately?

If so, you've found that not much has changed in the 10+ years that car dealers have had websites! The internet revolution has completely missed the retail car business. The websites are no more than the YELLOW PAGES.

Step 1. Fill out a contact form requesting a price

Step 3. Wait for a phone call from the dealer that rarely comes

Step 4. Sift through all the… Continue

There has never been a better time to launch this product than right now. Car sales are down, and the online shopping experience is disappointing, at best. Internet shoppers want information quickly and we don't like going back and forth with a salesperson who is reluctant to (or not permitted to) give out a price. RedNumbat allows shoppers to pick a car, and in seconds recieve an actual price that they can buy the car for,… Continue

"But what about the car dealers?"

I have spoken with quite a few dealers over the past few months about this service. Some get it, but many are worried about giving out prices to internet shoppers, they wonder what will happen. Will the customer 'shop' the price? Uh maybe, probably, that's what 'shoppers' do. But if the price is reasonable, easy to get, and the dealer followed up quickly then he is going to get the sale. Not rocket science. The worst thing a dealer can do is make an internet shopper jump through hoops to get a… Continue

"But how much can I buy the car for?"

That is the question. There are a multitude of sites out there in cyberspace that will provide MSRP and even dealer invoice. And while these numbers are important to a car buyer, they still want to know "But how much will I pay?". We all know the price the customer will pay is going to fall somewhere between MSRP and invoice, but where largely depends are many factors; demand, vehicle age, time of the month, sales trend, buyer desire, and yes, the negotiation skills of both parties. Customers… Continue

Being in the Internet Department for the past six years, I have seen just about every combination that can be done. Designated BDC Representatives that are hired in and run the show and Sales Professionals that work in shifts to cover every hour the BDC is open. Which works best? It total depends on your store. I have seen it work both ways very effectively, but this combination I am about to present.. seems to be the most effective. It is a Combination of both that works… Continue

Cuil Inc (pronounced "cool") is offering a new search service at http://www.cuil.com that the company claims can… Continue

Benefits of a Blog Part 2

In my last post I talked about what a Blog can do for your Dealership. I wanted to touch back and add a key point. I received a couple of phone calls and e-mails on this topic, so I thought I would go back and post it for the others that may be asking the same question.

How long should it take to keep a Blog maintained? Once you have setup your initial layout, found your niche, and know what type of content you want to have on your Blog, you should be able to knock out… Continue

Is Frank Davis the Only GM Dealer that Complains about the Cobalt Website Program?

I have the privilege of getting invited to speak at various dealer 20 groups, conferences, seminars and other dealer focused events around the country... In fact, I am headed to an NCM 20 Group in San Diego in a couple hours. Every time I deliver presentations that focus on various aspects of Automotive Digital Marketing, if there are any dealers in the room, they invariably bring up some aspect of OEM website suppliers and the way that several car companies have designed their programs.… Continue

Auto dealerships are slicing their advertising budgets to cope with depressed profits. But because new-vehicle sales have plummeted so abruptly this year, the cost of advertising per new car or truck sold — a standard metric of auto retailing — has increased to a record level.

Some dealers say they need to advertise as much, if not more, in a down market to generate showroom traffic. Others… Continue

I have been observing much of the discussions around an email harvesting and spamming issue that involved the ADM Professional Community across several blogs and wanted to provide an update. After I read the following comment; “(this network publicly displays the email address of its members, whether they’ve consented to it or not - something that is against the tenets of DrivingSales)” in a DrivingSales.com post, I carefully considered the profile set up at… Continue

The Customer is Always Tight

There is a sense of entitlement that customers have today that hasn’t always been evident. Marshall Field, the American department store owner coined the phrase, “Right or wrong, the Customer is always right“. I opine whether he took into consideration the type of customers who are price conscious, yet expect the deepest appreciation for their having done business with us.

I don’t blame these customers. I earned the money I make, and I want to keep as much of it as possible. Even if… Continue

The Purpose and Benefits of a BLOG 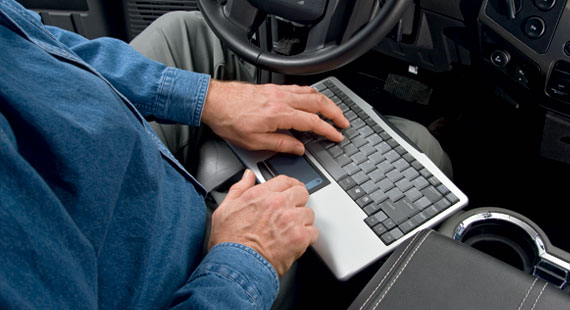 This is something all of you can do, that is free, no very time consuming at all, and will do nothing but benefit your Dealership. Several months ago I researched what BLOG'S were and what they really do for you. I noticed that many businesses were doing them and found out that the largest benefit was in S.E.O. for your Dealer Website. Google, with it's all search format, will rank someone higher that has more information on a particular… Continue

Add Value to Your Customers' Lives with a Loyalty Program

Here is another excerpt from Jill Griffin’s Article that I posted a few days ago. The article was originally posted by the Austin Business Journal on February 19, 2000. Jill heads up the Griffin Group, and has written several books on Customer Loyalty.

“Frequent buyer programs, also referred to as loyalty programs and reward programs, have become a critical retention tool for… Continue

Proposed Fuel Economy Law Criticized for Understating Gas Prices
Critics of the National Highway Traffic Safety Administration's (NHTSA) proposed federal fuel economy regulations (known as "CAFE") for 2011-2015 are asserting that the proposed standards are too low due to faulty assumptions about gasoline prices. They argue the gasoline price estimate is about $1.50 per gallon below current prices.