Advice for a Brand New Salesperson?

I still remember my first car sale and the process I went through before I was allowed to wait on a single customer. Being fresh out of the Army I was accustomed to following directions. After almost 20 years I can still remember what was most emphasized in my "training".


Make a friend.
Find the right car.
Get them to the desk with an agreement to buy if the numbers are right.
Put it in writing.
Get a manager and keep my mouth shut.
Follow up with your… Continue

I put together a quick ADM Mobile blog site for you all to check out!

Just wanted everyone to see how easy it is to start your own mobile site using an RSS feed!

If You Build It, They Will Come

If you’re tired of your J.O.B. (just over broke) or you’re new in the business and you want to build a career, I am here to tell you, if you build it, they will come.

Have you read the book, “Raving Fans: Satisfied Customers Are Not Enough,” by… Continue

Subaru SPT Parts MicroSite! How To You Capture Your Parts Customers Online?

My new start-up has just completed a SubaruSPT.com parts website for Bob Baker Subaru in San Diego ca. I also work for the dealership so it makes it a little bit easier! My GM came to me last month and asked me to build him a Subaru SPT MicroSite for the dealership. I was amazed he is getting the big picture, it is not enough to have websites and MicroSites for the store any more. You need to have those niche MicroSites out there to capture your… Continue 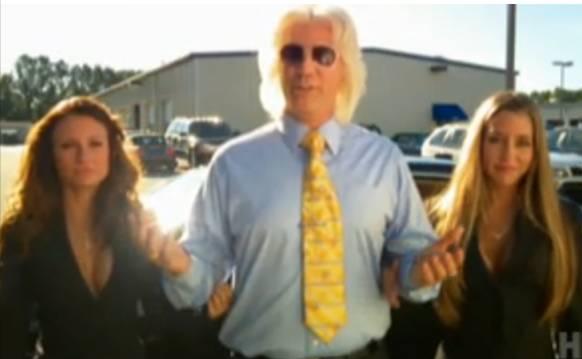 Will there be another big "upset-wave" coming to the dealerships through autotrader?

I am just having it. Don't you used feel so betrayed by a vendor, who you've backed in their hard moments they had, went for them the extra-mile, when other dealerships gave them the boot, and stuck with them through the entire time, only to learn now that you will be the next "designated idiot", who will receive an asskick from them. I am sure you are wondering what I am talking about, and I agree I am not clearly tell who I am referring to - okay, lets be clear from now.

Come Fly with Me

2-27-09 Apex, NC-- If you could get a minute of Sully's time and ask him what a pilot has to be focused on as he or she flies the big bird, he would most probably tell you these three things...

Every month you must be on course. On your way to work, as you hit the pillow, as you drive around. Be on course. Know where you are heading. Have a plan every day.

Speed is a critical variable as… Continue

The Ruggles Report, In Defense of Auto Dealers

In Defense of Dealers

A few years back Michael Dell was quoted as saying he thought the
auto industry should adopt elements of his “build to order” PC
business model. He predicted that consumers would someday
purchase new vehicles directly from the Manufacturer. Obviously, he
didn’t put much value on what the Dealer adds to the Consumer /
Manufacturer equation. But after making a pass at Asbury Group Mr. Dell is now a Dealer
himself, having partnered… Continue

I have to tell you that I have sold since birth, when I first faked a cry for food on the birthing table...

Remember, that the economy is awesome when you have a customer in front of you... That is the message for the sales troops. This ain't rocket science. I call our mess the four zips. Zip confidence. Zip spending. Zip courage, and the killer one, zipped mouths... We just take this socio-political/economic crap news and let neophytes control everything and learn on the… Continue

I'm looking for a low cost beginners editing tool for my flip cam . Just getting started with some testimonials .

AdAgencyOnline.Net is a free automotive advertising resource / networking portal hosted by Ad Agency Online, L.L.C.,(AAOL). Philip Zelinger, the President of AAOL and host of the blog talk radio station featured on AdAgencyOnline.Net – WAAOL, All Automotive Advertising News All The Time – will be interviewing Mark Burack, the Executive Vice President… Continue

Can You Dig This?

2-25-09 Apex, NC... It is the end of the month. For the customer this is a no brainer. The deals get a little edge on them at month-end. And the edge is to the customer. The big problem for salespeople today is getting these customers in and getting them to buy or lease. Today let's focus on getting them in.

"Man, I have NO traffic!" Yep. Hear it all the time. Try the TRIO METHOD...Business cards, a great attitude, and a HUGE SMILE get you customers who are not in your owner/… Continue

Using Your Dealer.com Site To It's Full Potential!

Many of you know that are Subaru dealers, that Subaru is now using Dealer.com as there website provider. "THANK YOU" I can not stand the Cobalt sites. Anyway the purpose of this blog is to find out if you Subaru dealers are using your new site to its full advantage. Dealer.com is calling there new platform 6.0 so there has been some major changes vs the 5.0 platform. Bob Baker Chevy Subaru has been using Dealer.com for over 4 years now and I have to say I am Pro Dealer .com.

AdAgencyOnline.Net has an earned reputation as the “One Stop Site For All Of Your Automotive Advertising Needs.” In keeping with their focus on introducing cutting edge automotive advertising applications the automotive advertising resource / networking portal will be reviewing a new Internet based analytics tool – TheDealerDashBoard.Com – on their onsite blog… Continue

Dealer BIG AD AGENCIES HATE US! YOUR DEALERSHIP WILL LOVE US!!!!!

AD ONE MEDIA 859-539-5171 has come up with a program that makes BIG Ad agencies nervous AND IT SHOULD!! Our auto clients save an average of 40% off their cost!! EVEN MORE ON PRODUCTION!! Let us show you how easy it is to cut your expenses and still stay competitive. CALL 859-539-5171 My dealership needs a minimum twenty percent reduction in costs to ensure our survival in the market place.

Like many dealerships, we were looking to reduce our expense structure. After months of watching the numbers come in and working hard to improve the bottom line, we decided on a new strategy. This new strategy is a wholesale reduction of variable and some fixed expenses.

2-23-09 Apex, NC... A good friend of mine recently brought back a Detroit News from a business trip to the Motor City. I stumbled across a tribute in the paper for someone who recently passed away. Irwin Kahn, a veteran furniture salesman, sold dining room sets, sofas and beds for over 40 years. He believed in his sales philosophy so much that he carried the words on paper in his wallet every day. Ten very simple words that led to his success.

"Do it all. Do it right. And do it… Continue