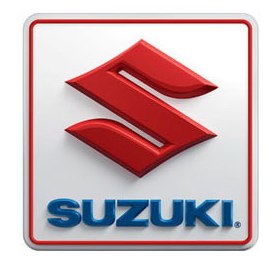 Is Anyone Surprised that Suzuki has Given Up on Selling Cars in America?

American Suzuki Motor Corp., the car company that displaced Isuzu as living proof that not all Japanese car companies do well selling cars in America, has steadily seen both its dealer network and sales erode over the past several years. American Suzuki's Southern California based management team has long appeared to be asleep at the wheel (and in meetings), and tragically incapable of competing effectively.  Ask any Suzuki dealer and you will learn that in many cases Suzuki seemed to become a dealer's worst nightmare for a car company franchise.

Like all Japanese manufacturers shipping product to the USA, Suzuki has been getting hammered by unfavorable shifts in Yen to Dollar exchange rates.  The financial impact was cited as one of several factors prompting the highly unusual action for a Japanese manufacturer of announcing it will file Chapter 11 bankruptcy.  Suzuki will cease shipping cars to its franchised U.S. dealers.  Leaving 246 franchised auto dealers without a product to sell. So, for those unfortunate enough to believe Suzuki management team's promises of increased sales, new models and Tier 1 marketing support, investing in Suzuki branded and styled dealership facilities, parts inventories, special tools and OEM systems, you just got the same type of raw deal that franchised dealers of Oldsmobile, Plymouth, Hummer, Pontiac, Saturn, Mercury, Peugeot, Daewoo, Alfa Romeo, Fiat (last time) Sterling, Isuzu, Triumph, Renault and others have experienced!

I know it well, having spent far too many hours there with Alan McConnell and other SME's trying to convince Suzuki marketing and management to improve their business systems.  I remember watching Suzuki senior executives nod off, falling asleep as our team presented information showing that Americans had shifted their buying habits to shopping for cars on the Internet.  Presenting Suzuki management with digitally powered wonders of modern management, such as lead management for car dealers, was like showing your new iPad to the family dog... Cute, but clueless, except for a small handful of car people that Suzuki had hired. My dealings with Suzuki were while I worked for Reynolds and Reynolds between 2000 and 2005.

For me, the best outcome of dealing with America's most intractable OEM management team was meeting a car guy by the name of David Harris who stood out from the rest of the Suzuki management team .

I learned that David was a sharp and effective automotive professional with a deep understanding of what it takes to get consumers into dealer showrooms and service drives.  Mr. Harris Left Suzuki a few years ago for a marketing role at Mazda North American Operations. I distinctly remember thinking that Suzuki was going to struggle after David's departure.  Right, wrong or otherwise, he always seemed like one of the few executives at Suzuki who executed the tasks required to keep the company moving.  Suzuki lasted 4 years after David's departure... He has since moved into a marketing role at the Fisker Car Company, manufacturer of high performance luxury cars powered by electric motors.

I wish the best of luck to any Suzuki employees who may lose their jobs as a result of this business failure.

American Suzuki issued a statement that it will continue its motorcycle and marine engine business units and will continue to honor customer warranties. Their Chapter 11 bankruptcy filing was made in the U.S. Bankruptcy Court for the Central District of California in Santa Ana. Japanese parent company Suzuki Motor Corp. is not filing for bankruptcy, the company said.

If I were a franchised Suzuki dealer, my first course of action would be to meet with appropriate legal resources and find 2 other dealers to join in a Chapter 11 Debtor action seeking an injunction to prevent any American Suzuki assets from being moved to Suzuki Motor Corp. control. Suzuki dealers will in many cases will be left holding the bag... including obsolete parts, branded facilities, various inventories and contingent liabilities.  Suzuki dealers are best advised to seek legal counsel ASAP.

In its statements and bankruptcy filings, American Suzuki cited poor performance as the most incompetent OEM marketer in all of U.S. auto sales, high costs due to strikingly inefficient U.S. operations, threw in a couple of jabs at American regulatory requirements (as if Japan is easy!) and cited an unfavorable foreign exchange rate as factors that contributed to the Bankruptcy decision. Left unstated by Suzuki is the fact that they watched GM and Chrysler stiff hundreds of car dealers on franchise commitments, so filing bankruptcy must look like one sure way to deal with car dealers who have invested millions in facilities and operations to represent the Suzuki brand and product.

Regarding the decision to stop selling cars in the U.S. market, Suzuki stated:

"While the decision to discontinue new automobile sales in the U.S. was difficult to make, today's actions were inevitable under these circumstances..."

In an effort to sound somewhat upbeat, Suzuki went on to say:

“The realignment is intended to better position ASMC for long-term success and is a return to the company’s roots in the U.S. market, which began with motorcycles,” 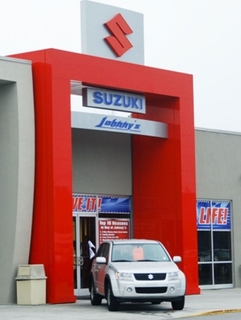 26 Suzuki dealers have surrendered their franchises or been terminated since January 2012, leaving the current franchise count at 220. In regards to Suzuki's franchised dealer network, the company issued the following statement:

"(Suzuki) intends to work within its current U.S. automotive dealer network to help structure a smooth transition from new automobile sales to exclusively parts and service operations, or, in some instances, an orderly wind-down of dealership operations,"

Dealer Reaction to Losing Their Franchise

In its bankruptcy filing, Suzuki listed assets of $100 million to $500 million and liabilities in the same range.  However, I am struck by the oddly excessive range that the company has listed for its assets... A $400 million range would appear to leave a lot of room for manipulative transfers of assets from the U.S. based company to the Japanese parent to avoid creditor seizures, including car dealers. Through the court appointed Bankruptcy trustee, Suzuki's creditors and dealers should have access to all assets for disposition or liquidation, using the proceeds to settle debts from legal remedies sought by dealers and other creditors.  To file for Bankruptcy and state a total asset value of "Somewhere between $100 and $500 million" as the balance sheet total for all cash and assets is such an excessive variance that it should be a red flag for Suzuki's creditors and dealers.

Suzuki says it plans to sell its remaining inventory through its dealers. 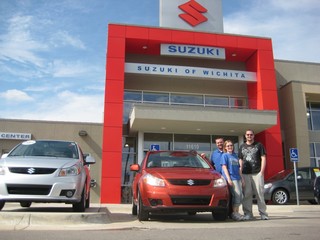 Scott Pitman, whose Suzuki of Wichita (Kan.) store is Suzuki's largest U.S. dealership, said he was "in a state of shock" after learning this evening that the brand planned to exit the United States.

Mr. Pitman went on to say;

"I don't have my mind around the whole thing. I've only talked to dealers I haven't talked to the executive team yet, so I don't know all the details, We love the brand, and we've been big faithful supporters, and we're sad right now."

Pitman has been a Suzuki dealer since 2007, and reported selling 940 new Suzukis through the end of October, which is already more than his total new vehicle sales for all of 2011.

In addition to myself, many other Auto Industry Analysts and observers will universally point out that the company had trouble competing in the U.S.

Jessica Caldwell, an analyst with auto information company Edmunds.com said about Suzuki's withdrawal from the U.S. auto market and the bankruptcy filing:

“I don't think it's a big surprise given their lackluster sales performance of recent years.  They have have low margin, low-priced cars with small volume. That's far from the ideal combination... Over the long term it's hard to sustain a brand on such little volume when you don't have a healthy margin like exotic or specialty brands,”

You shouldn't hold your punches, Ralph. Tell them how you really feel about them.

J.D. _ I don't know if you ever dealt with those people in Brea, but it always reminded me of going to the pre-school to pick up your kids after work.  Then there was one executive who fell asleep in just about every meeting I ever saw him attend!  I am certain that the motorcycle team must have their act together far more than the auto team ever did.

Scott Pitman and Roger Penske unite to claim "American" Suzuki, bring everything here, use Obama's promise for Sandy devastation of "no red tape," and let these two terrific entrepreneurs make gold from sand.

InfluencerPermalink Reply by Ketty Colom on November 6, 2012 at 7:15am

Automotive franchised dealers taking another hit... Smaller dealerships like those were some of the only shots to get into ownership... Sad for those who laid it on the line for the "American Dream". DTG

Besides a client I have in Texas, I feel really sorry for these folks, some of the most innovative owners over the years http://www.suzukiofwichita.com/.

Not the least bit surprised, their competitors do a better job in many different ways. Stick to motorcyles!