Is Google Going to Start Rating the Raters? 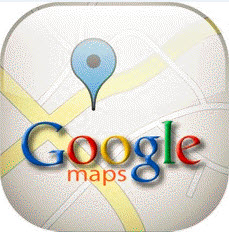 Google recently received yet another patent:
(from the Gov. Patent office page)

Systems and Methods for Reputation Management

It seems that they are going to Rate reviewers based on how many reviews they give, weather they are all negative, all positive or balanced. How will this effect us. If we ask someone to write a review and it is their first one will it show up lower on the page. Will the stars not have as much validity? If some one is spamming us because they bought a used car and discovered that the reason they saved thousands was it wasn't new so they are cutting and pasting negative reviews all over the net, will those reviews then be removed? Interesting reading here folks and something to keep an eye on. (Like we don't have enough already.)

How Google may Manage Reputations for Reviewers and Raters

Do reviews of businesses and products at Google influence how well those might show up in Place searches or product searches? It’s possible that they may, and a bigger question might be how much weight might Google give to each review that it sees. An answer, in part, to that may depend upon a reputation score associated with the people leaving reviews.

People do go online in search of reviews and ratings for businesses and products, and the search engines are trying to provide that information when and where they think it might be useful. Starred ratings are also showing in Google’s Web search with Rich Snippets, and the presence of ratings may influence whether or not someone clicks through a snippet from Google’s search results.

A recent change to how Google shows search results in Web search may mean that if Google thinks you are performing a search where local search results are appropriate, then Google may show those local results as if they were organic search listings. Google refers to this change as Place Search, and it can have an impact upon the amount of visitors a site may receive, and possibly increase the number of contacts for a business listed in those results.

A patent from Google granted today, Systems and methods for reputation management (US Patent 7,827,052), takes a closer look at the people who provide reviews and ratings for businesses and products, and describes a way of creating a reputation score for those reviewers modeled after Google’s PageRank algorithm.

The patent was originally filed in 2005. It’s possible that Google is using an updated version of the approach described in the patent, or adopted an entirely different approach. The patent, as it’s written, seems to apply primarily to reviews and ratings that people might make to Google, but could potentially be expanded to include reviews and ratings from other sites as well.

Google has looked more deeply at just ratings, and last year, I wrote about a Google patent filing that describes How Google May Rate Raters, which seems to share a few ideas with this newly granted patent, but looks at ratings provided on sites other than just Google.

While I have your attention looking for more likes of our Facebook page...thanks in advance

This is a real interesting piece that provides some insight into how Google is selecting which reviews are prominently displayed on Google Places and Google Maps.  If you're interested in the subject, I found this article to be very informative as well: http://www.seobythesea.com/?p=1488

If
you're looking for some neat tools that can help you monitor reviews
and chatter about your business, track your social media pages, and
compare your search results with local competitors, you can test-drive
chatmeter's service here: www.chatmeter.com

Let's face it... The idea of validating the people who post reviews on businesses and their credibility, or "genuineness" as an ACTUAL customer of that business will eventually become a major component that determines the value of a ratings and reviews site... After all, who wants to read BS reviews from "Patriot182" who is willing to name names of a business and the people who supposedly served him/her/it but is unwilling to provide their name or any other information that validates their qualifications for posting such a review.

Right now, business (including dealerships) reviews are the Wild, Wild West of User Generated Content (UGC), but as publishers such as Google develop a "better mousetrap" such as a means of validating or scoring the validity of consumer posted business reviews, those publishers will win more traffic and generate a greater perception of value amongst the consumer users of their ratings and reviews.

Permalink Reply by James Easter on January 5, 2011 at 5:57pm
Agree Ralph...we have probably all felt that someone from a competing store was out there doing the unethical - creating bogus reviews in an effort to pump up their own scores and/or lower their competition's...pathetic! How about trying something TOTALLY crazy...ACTUALLY focusing on creating the very best customer experience and EARNING your stars.

Someone has to become the "Reviews Police" - might as well be Google. Happy New Year everyone!

Permalink Reply by John Giamalvo on December 28, 2010 at 6:43pm
This topic is big and fully emerging as it relates to automotive. Google has already implemented some of that definition into it's algorithm. Our site redesign has reviews reemgered as a prominent component.

Ralph, BTW, been following your changes, you're a stand up guy. Call me to chat when you can.

Good New Year to All!

Permalink Reply by Ralph Paglia on December 28, 2010 at 7:41pm
As I look to the right and see the advertisings placed on ADM by Google for "Google Places" I do want to say that the ADM Community should appreciate the financial support that Google has provided to the ADM Professional Community which has been steady since the very beginnings of the ADM Community... Thank you, Google!

Your reviews push to Google. How do you think will this effect sites like Edmunds and Dealer Rater?

My friend we went to high school with has worked for Google since the beginning.  She heads up their local search and was one of the developers of Google Earth.  She was over for dinner two weeks ago and the conversation was freaky interesting especially after a few cocktails.

The inside scoop on this deal according to her is that Google as of Nov has bulked negative speech on the web as “SPAM”.  Not that there isn’t valid negative chatter but the bulk of it is unfounded according to Google.  Very interesting as she went into the details.  They’re tired of getting sued by parents of 17 year old girls being harassed on the web for starters and the list goes on.

The only thing they can really do is alter how they classify data based on behavioral language.  That will be the next patent we see, which will be light years ahead of what is used today for ranking and indexing.

I think for ORM it validates what we’ve been saying from the beginning, which is companies that stuff review sites as a service are soon to be and as flat dead as Donald Trump’s hair and a bad business model.

Permalink Reply by Ralph Paglia on December 31, 2010 at 4:25am
Eddie, thanks for the insider perspective... What I find interesting is that Google may have found that negative reviews and commentary seem to have less credibility than positive.

@Ralph, Now if we could just get the consumers to realize the same thing ;-)

Is this moot?  Will FB and other social media make the reviews and access to others opinions a source of more valuable information?

Any filters that Google puts in place will be designed to support their customers and not necessarily the user.  Negative reviews are bad for business.  But I read or heard somewhere once that people will do repeat business more often with a company that they had a problem with that fixed the problem more often that with a company that they did not have a problem with.  So if the "bad" reviews or threads are deleted then we may never see where it was resolved.  As long as what they put in place does not muzzle actual customers negative reviews, then it might be a good thing.

Permalink Reply by chatmeter on January 20, 2011 at 7:27pm
Hey all, this is a great discussion.  All of this interest inspired me to write a blog on this subject that summarizes how Google Places' SERP is handling the review process. Check it out at: http://www.chatmeter.com/blog