Getting Rid of the Plaid Jacket 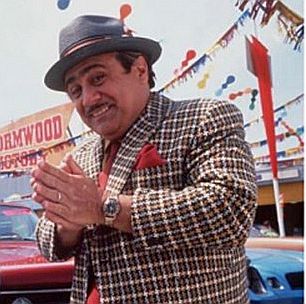 For several years Tesla has been using “galleries” to circumvent the laws, so they can continue to sell directly from the factory. General Motors recently launched “Shop-Click-and-Drive” a program that allows customers to do about everything they could at a dealership, right from their computer. I recently read an article titled, Say Goodbye to the Car Salesman, in which the author states, “Customers are simply different today. “They've scoured the Web for up-to-date price information and have probably made a decision even before showing up on a dealer's lot.” “The salesman doesn't have as much to do.” While Tesla & GM try out new sales models and recent articles about, “death of the car salesman”, it appears the auto industry is assessing if it can do without salespeople.

The proliferation of auto related information online line has no doubt been a game-changer in the past 15 years. The biggest changes are the pricing transparency created by the ease of collecting relevant car price shopping data. However, it’s my belief customers still want to have a sales “professional” present & demonstrate the vehicle for them. The need for sales people is still there, it’s just this transparency shift has changed the salesperson's role.

New vehicle sale practices have seen the biggest changes due to the ease of comparing the invoice price of make, model and trim levels. However, “used” is still a work in progress. I believe there are two main factors that have impeded the evolution of the used sales process: 1) the subjective nature of used vehicles.  2) dealers holding to what has worked in the past.

Due to the subjectivity involved in the condition of a used, (my "excellent" condition might not be your "excellent" condition), it will take longer and will be difficult to totally commoditize used vehicles, but we’ll get close.The amount of information available for comparison determines market efficiency. What I mean here is that it’s much easier to find pricing comparisons on a 2012 used Impala than it is on a 2001 used Malibu. So as pricing tools become more sophisticated and additional data is compiled, the subjective variables will be almost negligible. As for dealers letting go of the “old school” sales process, it is kind of taking care of its self through attrition. The internet has leveled the playing field in regards to efficiency of information, which has led many dealers to rethink how to price their used vehicles. Pricing from cost up, then training salespeople to be master objection handlers & negotiators won't be a sustainable sales model anymore.

The "New-School" Model The progressive dealers saw this pricing transparency coming and realized it could compromise their profit margins. These dealers have found ways to be more proficient in used vehicle acquisitions, reconditioning, and pay plans. They understood that in the future, sales processes would be dictated by the car shopper.Today’s shoppers won’t tolerate the hard sell, they’ll just leave. And as they are walking out the door, they’ll tweet out the nightmare experience to the world. In coming years, the majority of dealers will have converted to” new school”, the transparent sales process, making it the norm. We will continue to see positive advances with new & used dealerships and salespeople will adapt to the changes. Sales departments will rely more on technical & product knowledge vs. negotiation skills. In the end, I don’t think we will say good-bye to the car salesman anytime soon, maybe just his old plaid jacket.