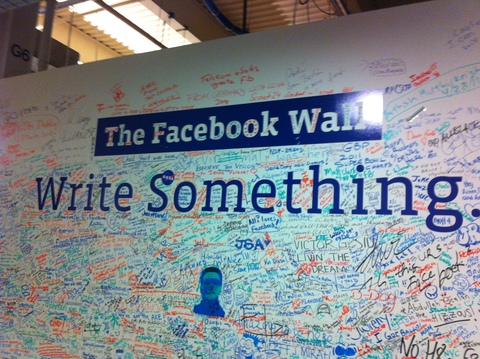 Does Facebook's rate of growth matter? What will happen after Facebook becomes a publicly traded company?

I have heard many automotive marketers question whether or not Facebook will continue to grow, and when Facebook's viability as a marketing medium might start to wane, or be usurped by other sites.

Facebook’s Growth is not Slowing... It is on Track to Break a Billion Members in 2012!

The chart and graph shown below is from a recent Facebook SEC filing related to their upcoming IPO. From an automotive marketing perspective, and as their membership chart indicates, Facebook's growth continues on a steady pace. Australian marketer Jeff Bullas recently pointed out, "...with over 7 billion people on the planet it (Facebook) still has a lot of  headroom for future growth." Keep in mind that some of the countries where Facebook should be growing the most, are not part of this growth pattern... Facebook has been in China for quite awhile and several English speaking countries, including the USA are delivering little to no growth in Facebook membership.

Judging by the continued growth of Facebook membership around the globe, the Facebook mission statement obviously has appeal on a global basis...

In a recent newsletter from Jeff Bullas he points out several of Facebook's latest statistics which are worth noting by automotive marketers.

Shown in photo below is an example of what one of those 3,539 employees drew on the wall at Facebook headquarters in Menlo Park, CA 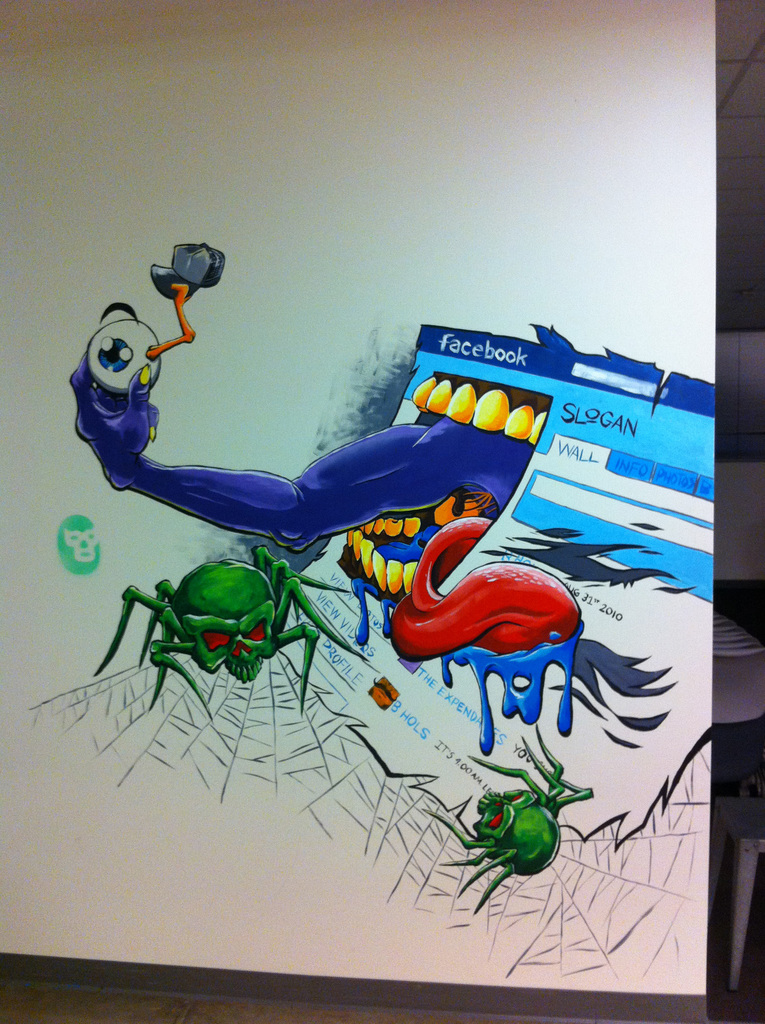 What are your thoughts about this topic... Is Facebook becoming more relevant to automotive marketing professionals, or less? Is it staying the same? Are other options within the Social Web presenting viable alternatives to Facebook for automotive and social media marketers?

Sounds like I could learn a lot from you, Ralph!

Certainly I agree with the need of Facebook's pressing need to grow revenue after today's announcement of their initial public stock offering. It does seem to me that women are the majority of users from my own personal observation of friends and family. I appreciate your comments very much. Thanks for a great auto digital marketing resource!

I have watched Autotrader.com downplay, over the past year, the Facebook market and forum as a useful marketing tool for the automotive industry.  I'm just wondering why they think they can brainwash us still, and convince us that Facebook is not the place for automotive marketing (maybe its over their heavy investments, recently).  I would be the first one to suspect that Facebook could pull shoppers away from Autotrader.com and, in theory, eliminate them.  In fact, they could do that to most businesses.  An IPO for Facebook would provide the necessary funds to bring the business world into the fold with business pages and profiles, similar to those provided by our current marketing sites.  The best thing about Facebook is...almost everyone has shown up to the party...every day!

Jason, I very much agree with your conclusion about the best part of Facebook: "almost everyone has shown up to the party...every day!" Which is exactly why Facebook Advertising, and especially their "Sponsored Stories" represent such a good opportunity for dealers.  One of the most important things to understand about incorporating Facebook into a car dealership's marketing strategy, is that the greatest ROI and revenue realization impact comes from understanding and using Facebook's paid advertising and promotional systems.  Dealers who believe they can get value out of Facebook without investing any marketing budget are delusional... If that were true, Facebook's IPO would not stand a chance of being successful!

Here's a pretty good MediaPost article by Gavin O'Malley on the impact of social media on customer service.  Just another compelling article about why this medium is so important to our community and culture.

Here is the article that Jennifer refers to:

For consumers, the golden rule is “buyer beware.” For marketers, it should perhaps be: “beware of socially adept consumers.” New research indicates that consumers who have used social media for service wield far greater influence among their peers.

Specifically, they tell significantly more people about their service experiences, and say they’ would spend 21% more with companies that deliver great service -- compared to 13% on average, according to the 2012 American Express “Global Customer Service Barometer.”

This relatively small group of consumers is extremely engaged and vocal, according to Jim Bush, EVP of World Service at American Express.

“They … tell three times as many people about positive service experiences compared to the general population,” he said of social media users. “Ultimately, getting service right with these social media-savvy consumers can help a business grow.”

Unfortunately for many marketers, the survey -- conducted in the U.S. and 10 other countries -- also reveals a sorry state of service in general.

Nine in 10 Americans surveyed (93%) said that companies fail to exceed their service expectations, while one out of two respondents (55%) reported walking away from an intended purchase in the past year because of a poor customer service experience.

Ahead of social networking, the most popular way that consumers address service inquiries continues to be speaking to a live representative -- either on the phone or face-to-face -- and through company Web site or e-mail.

That said, one in five consumers (17%) say they have used social media at least once in the last year to obtain a customer service response, the survey finds.

Social users are also far more vocal about service experiences, both good and bad.  In addition, more than 80% of these consumers say they have bailed on a purchase because of a poor service experience, compared to 55% overall.

Domestically, American Express’ survey was completed online among a random sample of 1,000 adult consumers. The actual interviews were conducted by Echo Research on behalf of AmEx in late February.

I don't think the first sign of Facebook waning will be in growth of users.  It will be in time spent on the site.  When that starts to whither, so becomes the decay that they will will try desparately to stop.  Only change and good ideas can do that.  If first adapters find a place that appeals to them more, they will spend less time on Facebook and others will follow.  Facebook must never become satisfied.  It must constantly change (in interesting and positive ways) to maintain interest and fidelity.  It will remain relevant to automotive professionals until it is no longer relevant to users.  (MySpace)

Dealer.com seems to think shoppers are going to Facebook.  I would agree and warn of the downplay by other competitors, who are not prepared to lose their old marketing platforms.  Things change...a lot faster than before.  Some vendors cannot keep up: 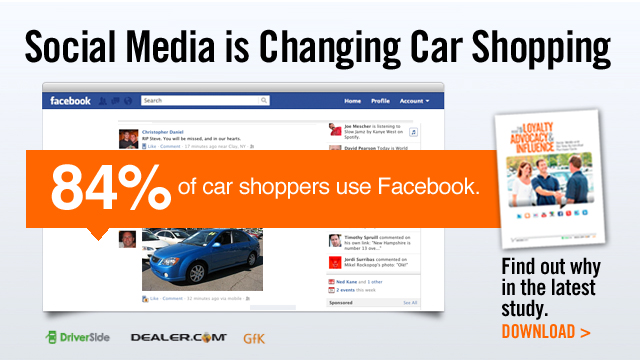