Do Used Car Exports From The US Have Any Impact On American Used Car Values?

US EXPORTS OF USED CARS FROM AUCTIONS With U.S. new car sales expanding in 2015 and 2016, the used car remarketing pipeline in 2017 and beyond will see a significant spike in U.S. used car exports globally. Demand is also on the rise as economies in developing countries begin to strengthen.

In addition to supply and demand, certain countries that rely heavily on the U.S. export market are also relaxing their import requirements, further enabling the supply chain. The North American Free Trade Agreement (NAFTA), which currently restricts the age limit of cars imported into Mexico to 6 years of age and older, will relax the age requirement by two years every year until 2018, when the age restriction will be completely lifted and all US built cars may be imported to Mexico.

The top five markets for U.S. used vehicle exports are: 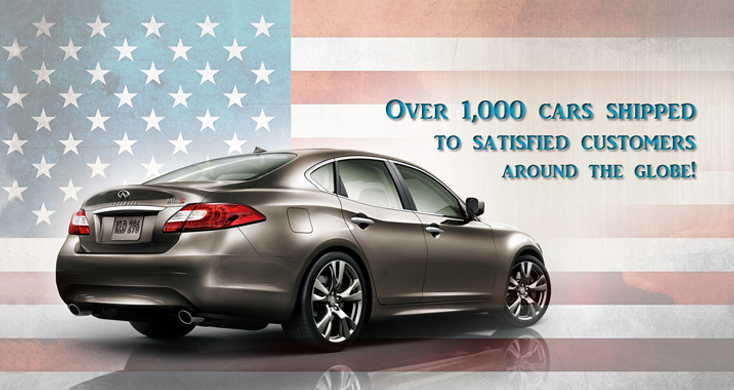 While the U.S. used car export market has been traditionally dominated by a large number of smaller dealers, there has been a paradigm shift in the supply chain, bringing much larger dealership groups and global companies into the used car export realm. Due to the financial resources and capabilities of these large competitors, their ability to quickly capture market share will create new opportunities globally.

INTERNATIONAL BUYERS COMPETE FOR LATE-MODEL UNITS
The trend of international buyers’ sourcing inventory from US auctions faced some headwinds in 2016, driven primarily by currency fluctuations, changes in the auto import process for vehicles bound for Mexico, and softening economies in key international markets.

Mexican importers continue to favor more affordable nonluxury units and often compete with domestic buyers, leading to increased bidding activity. Buyers from the Middle East and Europe continue to favor late model vehicles, particularly those from luxury manufacturers. The demand from China slowed down in 2016, reflecting a continued cooling-off of the Chinese economy.

Along with all of the used car supply chain enablers comes a host of challenges. Many countries around the world are paying closer attention to the environment and making strides in becoming “greener.” As a result, increasing restrictions on import requirements, namely the sizes of engines and emissions, are limiting the supply chain. Many countries have placed higher tariffs on large-engine vehicles, making it more costly to import muscle cars and large SUVs while reducing, or in some cases eliminating, tariffs on hybrid vehicles, 4-cylinder, or 1.8-liter engines.

Another changing dynamic that is also enabling the export supply chain is the increasing confidence of the foreign-based buyer on the Internet. International dealers are relying more heavily on Web platforms to buy used cars from the U.S. and other markets globally. They are becoming much more comfortable and trusting online condition reports, car history reports, and grading of vehicles to make their purchasing decisions.

What this also means is that accessibility to data, analytics, comparative pricing, and intelligence has also become prominent. Foreign-based dealers are just as resourceful and educated about all aspects of the supply chain as domestic-based exporters. (The Chart at the top of this page shows Used Car Exports from Auctions)

With all of these factors going on, and the number of used vehicles exported from the US continually rising... Do exports affect used car prices for vehicles sold domestically?